Josh Gilreath and Robert “Bob” H. Gilreath work in tandem to create confusion during the process, and create excuses for one another. They do not pay subcontractors, as multiple victims have had liens on their properties. In most, if not all cases, they find an excuse to fire the subcontractor, who then is not paid for his services. They then bring in different subcontractors and request the client pay more. 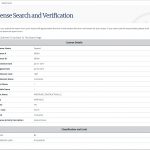